New officers elected for the MS Center of Southwest Florida

New officers were elected to the 2018 board of directors for the MS Center of Southwest Florida.  Brian McGinty of Naples was elected as Board Chair, to replace outgoing Chair, Julie Fisher, who served in that capacity for the past five years. 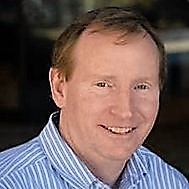 McGinty is a retired executive with more than 25 years in the pharmaceutical and biotech industries at Johnson & Johnson, Novartis, Allergan, Serono, and Biogen.

McGinty said that through his professional experience, he gained an understanding of the needs of patients with multiple sclerosis and the challenges doctors and hospitals face in delivering care. While he ran the Biogen patient services organization in Raleigh, N.C., he met patients with multiple sclerosis who helped him understand their disease.

“My interest in chairing the board stems directly from my experiences in working with those affected with MS, along with their caregivers and families,” he said.

McGinty joined the MS Center of Southwest Florida’s board in 2016, is a member of the North Naples Rotary club, serves on his neighborhood board and spends the rest of his free time playing golf, exercising, and traveling with his wife, Carol, whose father had MS. 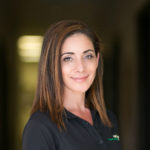 Incoming vice chairman is Dr. Niki Varveris, who will assume office in January. She is a physical therapist and owner of PhysioNetics physical therapy clinic in Naples.

A board member for a year, Varveris explained her desire to be part of the leadership team. “As both a small business owner and a member of the health care field I have had a unique opportunity to share our mission with individuals and organizations in our community. … My appreciation for the enormity of the work being done both at the center and by this board has led to my desire to take a more active leadership role in steering the organization into the future.” Varveris has two daughters, ages 21 and 17. She is a 5th-degree black belt in taekwondo and enjoys horseback riding on her days off.